An obelisk was a monument made of stone. Each obelisk was placed in a public place. In ancient Egypt, obelisks were often built in pairs. Some were not very high. But some were seventy feet (70 feet!) tall. A few were even taller! They were very heavy and very impressive.

An obelisk has four sides and tapers towards the top to a pyramid shaped point. In ancient Egypt, these huge structures were cut from one huge piece of incredibly heavy stone. The ancient Egyptians were clever. They found a way to stand these huge stones upright after they had been decorated and carved with writing telling of the wonderful life and great achievements of the person each obelisk honored.

The pharaohs ordered these huge monuments built for them so that they would always be remembered. The writings on the obelisks tell us a great deal about the ancient Egyptian civilization.

Most obelisks were commissioned by pharaohs, but anyone could build one if they had the money. 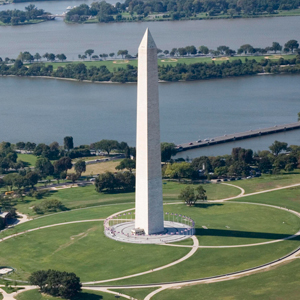 Gifts of the Nile

Soldiers and the Military

The Many Uses of Papyrus & Making Paper

The Neighbors: Kush and Nubia

Women could run a business

Food - no one went hungry

The Ankh - Key of Life

My Daily Life in Ancient Egypt - An Original Story written by a former student of ours (now a teacher!) when she was in Mr. Donn's 6th grade class.

Many Religious and Joyous Festivals

Book of the Dead

Preparing for the Afterlife

Weighing of the Heart

The Ba and the Ka

Interactive Quiz Questions with Answers about Ancient Egypt by Topic

Activities and Projects for Ancient Egypt

Vocabulary Lists and Interactives with definitions